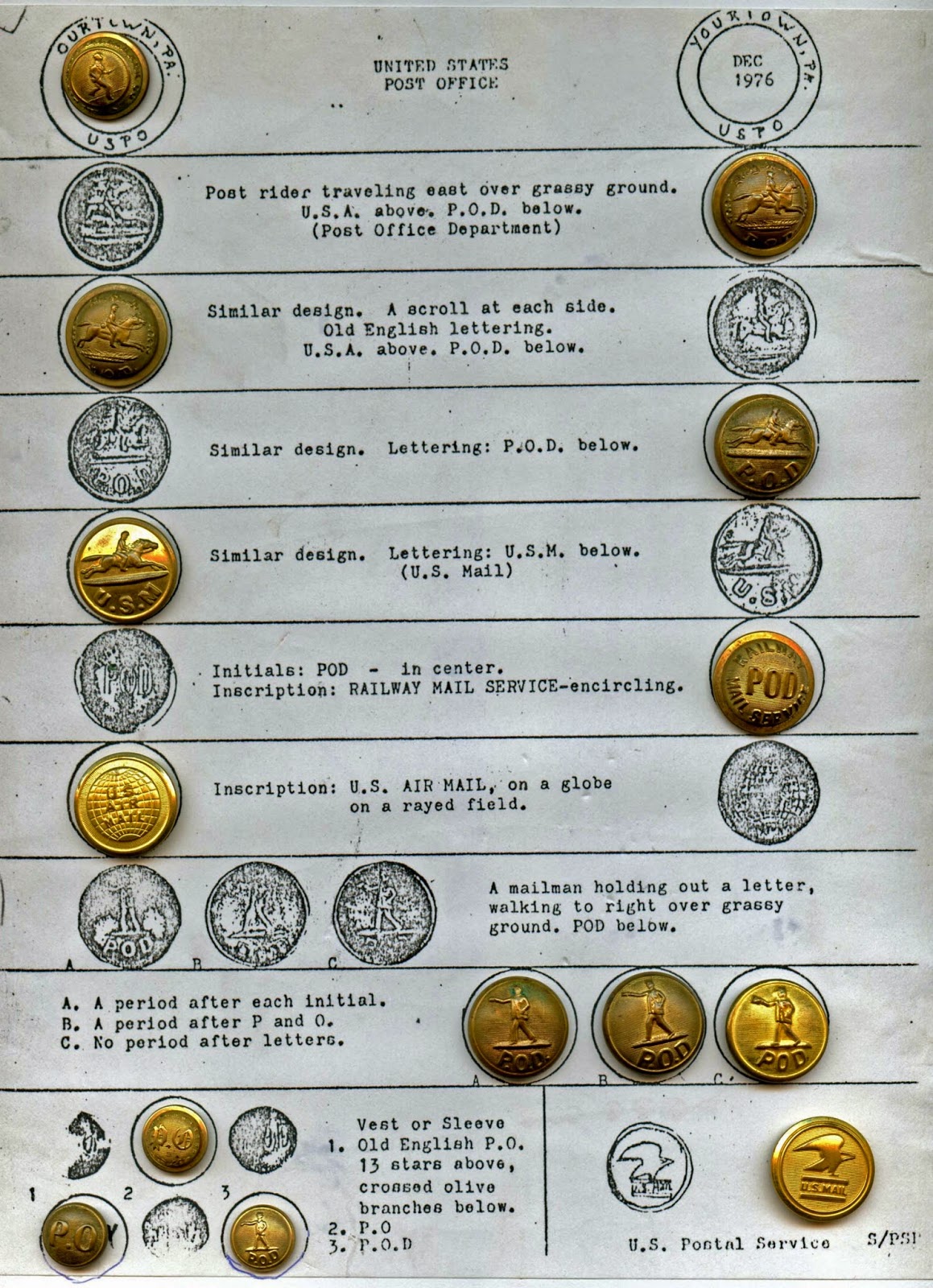 this card was in a collection I acquired, the top left button doesn’t belong on here as it’s a Telegraph Co. button, the top right button this device (image) was adopted as the Seal of the U.S. Post Office in 1837.
All the buttons are brass
-------------------------------
The story of the United States Postal Service begins in 1775, when the Continental Congress named
Benjamin Franklin the first American Postmaster General. Franklin and his fellow patriots saw a robust
mail system as critical to the nation’s welfare. A healthy postal network facilitated communication among
army commanders and the first elected representatives, and representatives and their constituents;
newspapers sent through the mail enabled Americans to participate in political life. As directed by
Congress, postal officials first extended the mail system geographically, adding mail routes and Post
Offices to embrace communities up and down the coast and then westward, keeping pace with the
traveling frontier. In the mid-1800s, Congress increased access to the mail by simplifying and lowering
letter-postage rates. Later in the century, Congress introduced the convenience that most Americans
now expect – free home delivery of mail, first in the city, then in the country. To check for mail, city
dwellers no longer had to wait in long lines at crowded Post Offices, and farmers no longer had to unhitch
horse from plow and plod five or six miles into town. In 1913, the Post Office Department introduced
Parcel Post – affordable parcel delivery available to all Americans that opened up a new world of mail
order merchandise to many, especially in rural areas
(above information taken from the U.S.P.S. site
click on image to enlarge
Posted by Peg at 5:41 PM No comments:

My just for fun card of 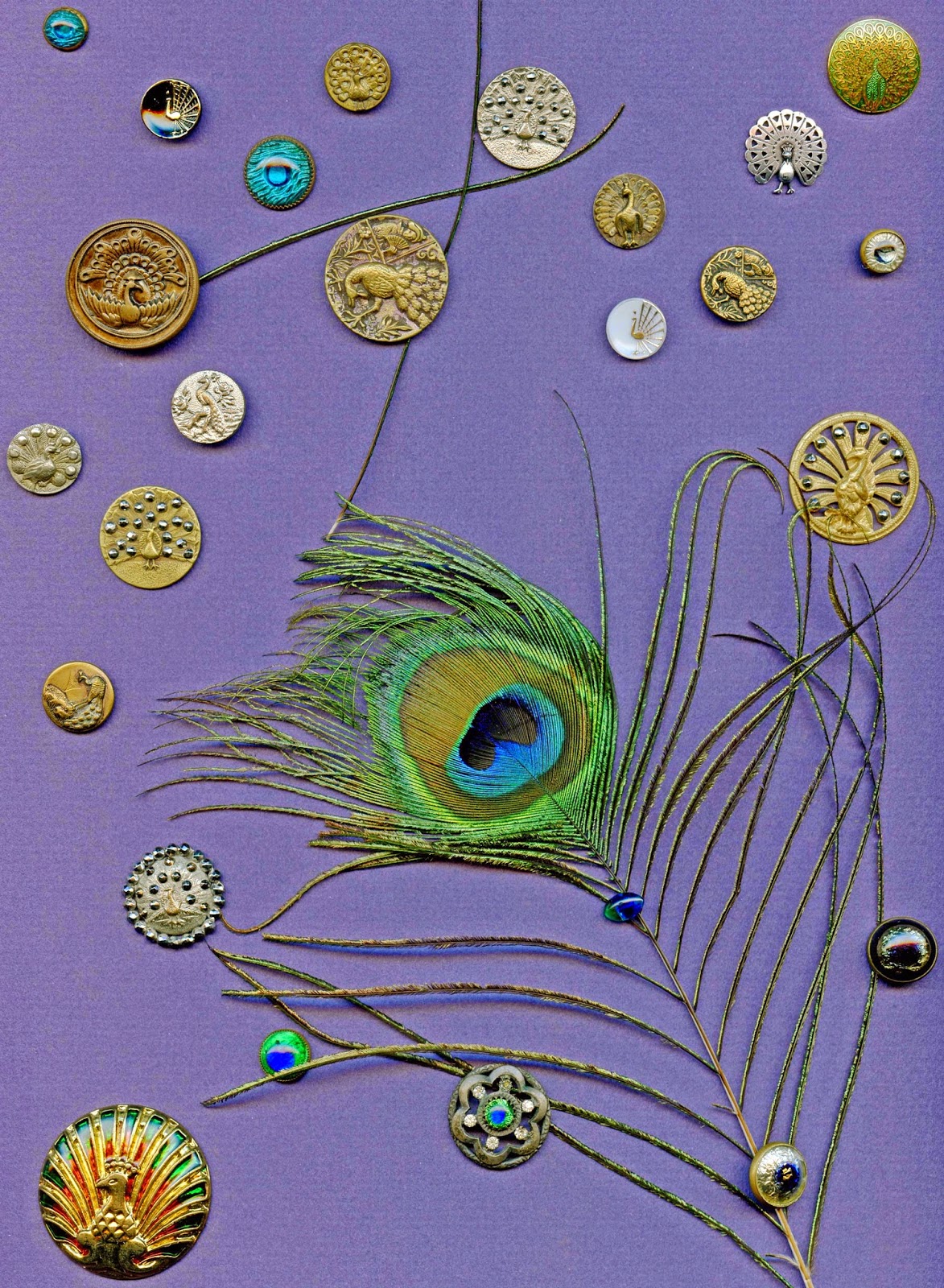 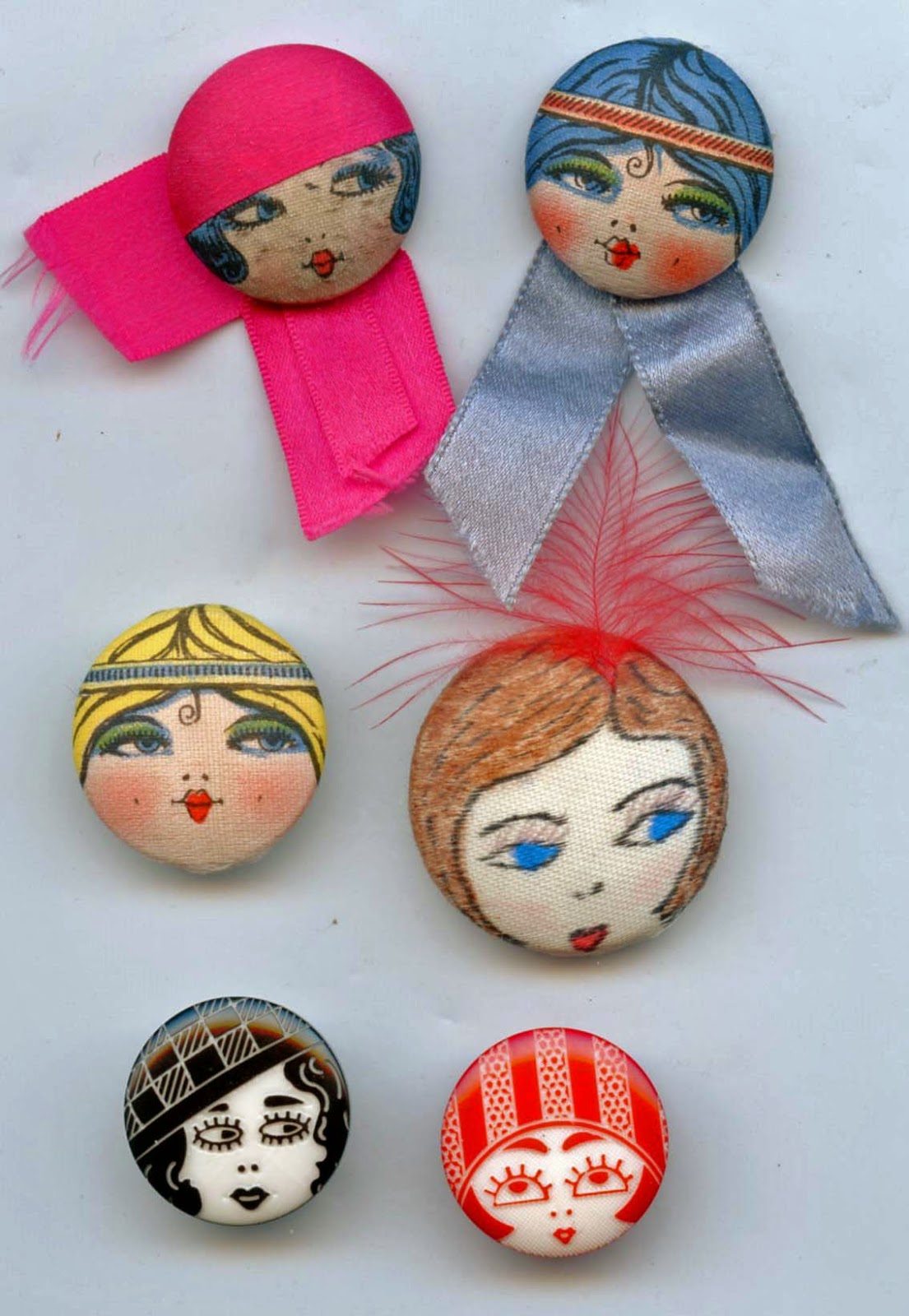 First 2 are real Garter buttons from the 20’s
The faces are printed on silk which is stretched over a metal form fitted with a pad shank for sewing. The buttons were used to decorate the fancy garters for ladies silk stockings.
Second 2 are vintage and made by studio artists
Last 2 are modern laser cut plastic buttons 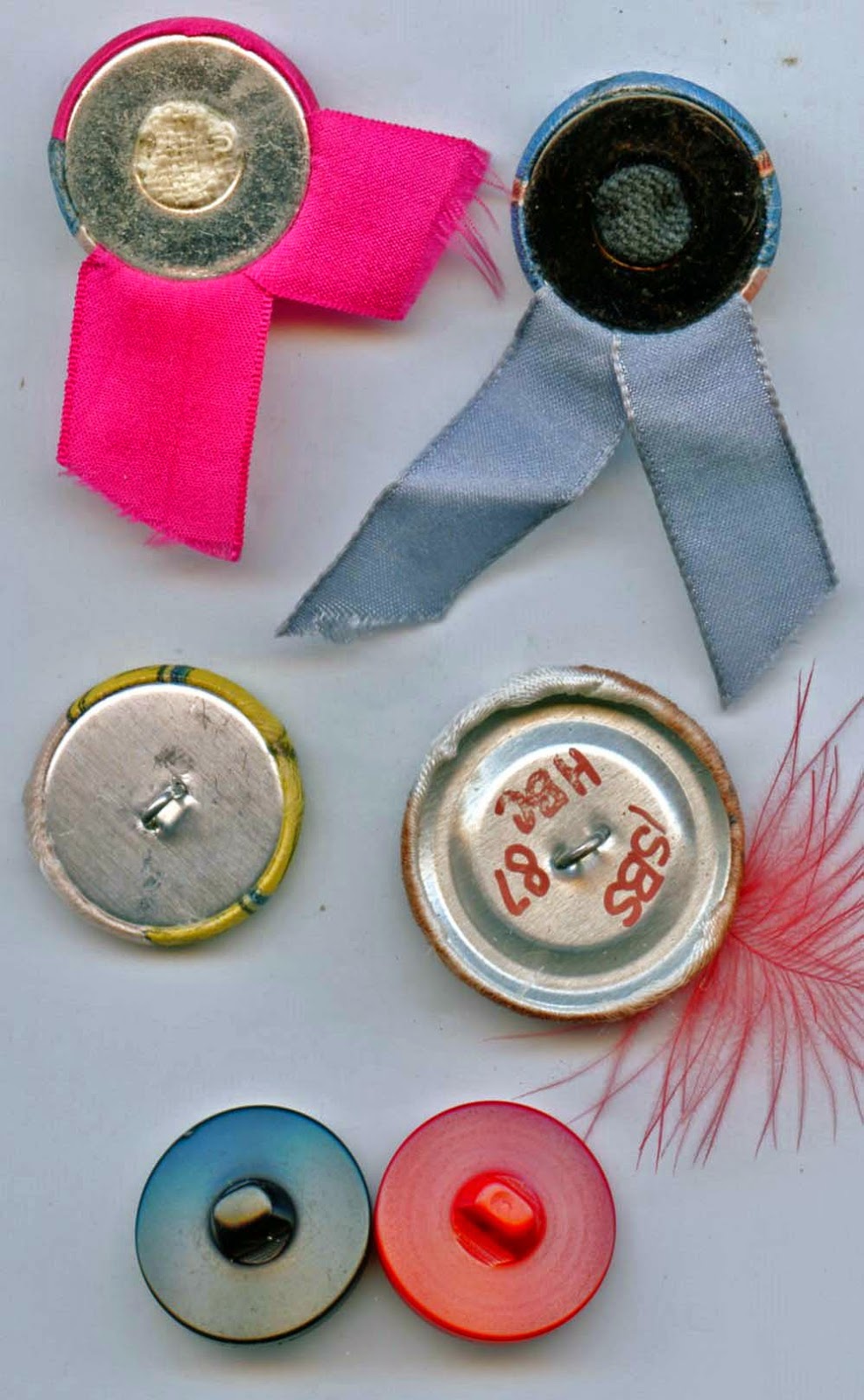 Click on image to enlarge
Posted by Peg at 4:52 PM No comments: