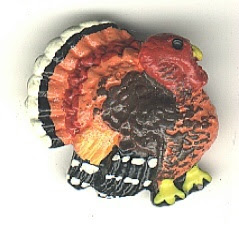 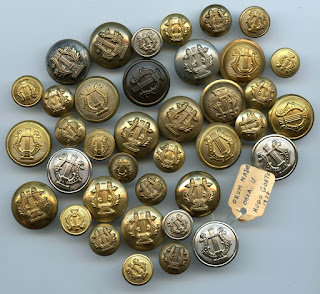 We have all seen marching bands at high school and college football games, and in holiday parades. Did you ever wonder at the emblem on their shiny brass buttons? The design was probably that of a LYRE. This musical instrument is one of the oldest known. The ancient Greeks believed it was invented by Apollo, the god of music and poetry. They played the lyre to accompany songs and recitations. However, the lyre was known even earlier, since it is depicted in Sumerian art of about 2500 B.C. The Babylonians and the Egyptians had this instrument, too.
this group is available in my button store, look under the UNIFORM category
Pegs Buttons
Posted by Peg at 5:04 PM No comments: